The one when we say "DRM blows" yet again

I was so happy when my starwars: The complete saga finally got here, but alas, the stupid jerks sons of bitches in fox screwed us all once again.

My software of choice for watching bluray movies on my PC (intel core i7 2600 with a geforce GTX470 and 8 gigs of RAM) is cyberlink's PowerDVD (I was happy with version 10) and it just so happens that version 8 (came with the bluray drive but no real 5.1 sound) and 9 (came with the soundcard but no bluray playback)
are not useful either, I was willing to take the plunge and pay the outrageous price (even with the so called discount) they're asking for version 11, so I downloaded the trial and all I got was a Red screen telling me to update my software, I did, now I'm running version 10.0.3306.54 and no luck, Starwars bluray disc 1-6 wont play on my PC, I was so desperate that I even dabbled on the idea of using windvd again (it was my darling on those good days of yore when DVDs were the non plus ultra) but I was not willing to pay for it without knowing if it would play, I scourged the net and found out that people were able to watch them with version 9 but artifacts were present, it is a sad day when we realize cyberlink can not figure this out but other have.

I decided to give TotalMedia Theatre 5 a shot and downloaded the demo, installed it (ugly piece of sotware that requires a restart and enables a connection TM SERVER to the net) 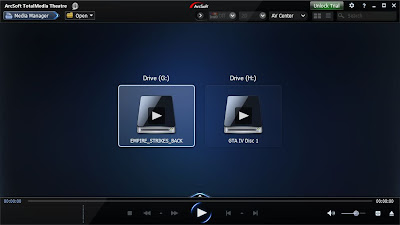 and it can play the discs (artifacts included) but only if you allow even more problems in your pc, avira detects the file PCK/Themida they use whenever you start the playback eleven when they say it might be innocuous, and this software is even pricier, so, for the moment fox has screwed us and you need a standalone player in order to watch the movies, I believe they pulled a similar shit on the X-Men: First Class bluray release as well. 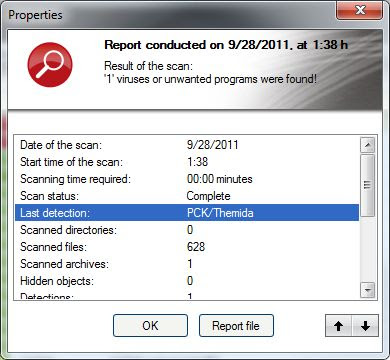 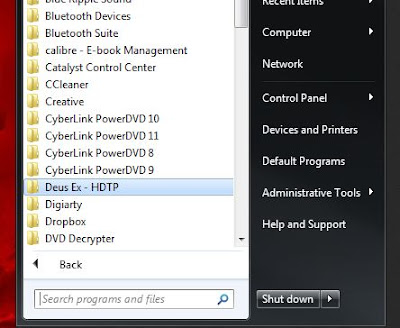 I did pay for this movies but the jerks at fox are forcing me to rip them and I will have to share them, I guess they will be OK with this since the release of star wars broke records for the format and they are just Ok with making paying customer's lives hell
cyberlink+starwars
starwars star wars star wars the complete saga satarwars cyberlink cyberlink star wars bluray pc drm fox pirateria fair use software creative bluray
written by Jorge I. Figueroa F. a las 23:00