Hoping for the best 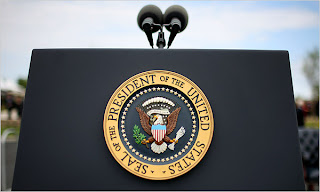 th will be affected by the outcome of tomorrow’s election.

It is not a secret that I would Like for Obama to win, to change history, to redeem America of its original Sin, but I'm also aware that he might be more of a 2D character, I'm also aware of some closet racism that will make the polls look different to the final results, I know that the US wants to win the war on Iraq, and that McCain has a great deal of experience and that he might be a better commander in chief but the war on Iraq was wrong from the get to go, it is a war based on lies and that has been draining the wealth of America’s arcs for the last five years, and I have to agree with those who think that for the US to regain their moral stature they must clean the mess they've made in the middle east.

Being quite honest, Mexico and Latin America would do better in the short term with McCain in the office, but looking at the greater picture the world really needs The United States to regain balance, to tie the loose ends they've been leaving all over the planet, to clean their image and to become for once an agent of good.
I would like to dream of the US as a land where race, religion or political views no longer matter in achieving one's potential and perhaps if only to get past the "US would do good in having black president" Obama is the man, but the US and the world need more than a poster boy, Obama is too young (whereas McCain is too old and his VP choice is a complete retard) and really quite uncommon in the US.
He should not be running to make history as the first black president and I hope he isn't
People should not vote for him or avoid voting for him based on its race, on the rumors of him being a Muslim, a radical, a Jew basher, not an American, which is something I hope gets settled and we don't have to go to the long run like in 2000, when the Bush Clan stole the election.People with the right to vote on this election, please go out and do it, millions outside the US would like to be able to have their opinions listened, but we don't pay taxes over there so we should just cross our fingers and hope for the best.
obama mccain palin bush biden u.s.a. world hopes change
written by Jorge I. Figueroa F. a las 09:17